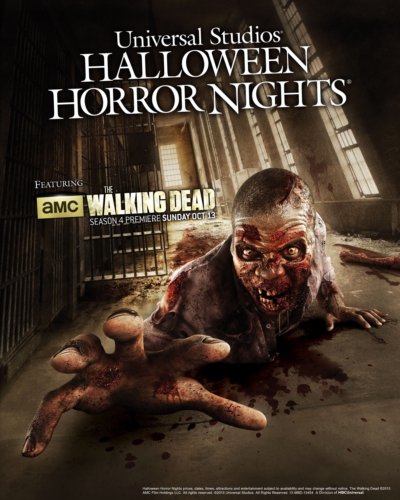 As a fan of zombies and zombie movies, I’m thrilled that cable network AMC’s ‘The Walking Dead‘ will once again be resurrected at Universal Studios Hollywood And Universal Orlando Resort‘s’ Halloween Horror Nights.

While not a good fit for families with younger children, teens who love a good scare will be terrified by the eerily authentic and disturbingly real maze experiences. Universal Orlando is also dedicating its entire “Halloween Horror Nights” street experience to “The Walking Dead” — making this the first time ever that all of the scare zones throughout the park will be themed after a hit television series.  Guests brave enough to walk the streets of Universal Studios Florida will encounter iconic scenes from all three seasons of the hit show — including the perilous city of Atlanta and Hershel’s dismal barn — and fleets of blood-thirsty walkers who are hungry for their next victim…

Planning for a New Era of Travel